Sacramento, CA – Today, California’s Assembly Health Committee voted 12-2 with bi-partisan support to advance SB 306, a comprehensive approach to address California’s sexually transmitted infection (STI) epidemic and reduce barriers to STI services and treatment. Authored by Senator Dr. Richard Pan, SB 306 would ensure a pathway to STI services for low-income and uninsured LGBTQ+ patients through the Family PACT program, expand access to STI testing and treatment at home and in the community, increase access to STI treatment for patients and their partners, and update state law to increase syphilis screening and testing for pregnant people. The vote comes amid state budget negotiations to ensure adequate funding for STI prevention services and local health jurisdictions.

“Today’s vote is an important step for California as the state reckons with its ongoing sexually transmitted infection (STI) crisis. If California seeks to prioritize health equity in our policies and strategies, we must acknowledge STI prevention as an equity issue. Pre-existing structural barriers to STI treatment and care have only been made worse by the COVID-19 pandemic, disproportionately impacting Black, Indigenous and people of color, rural regions, California youth, and LGBTQ+ communities.

The data recently released by the Centers for Disease Control should serve as a call to action. Rising rates of STIs in California and across the country are the result of a lack of investment in our public health infrastructure at the federal and state levels, and a failure of our public policies to address gaps in STI prevention, testing, and treatment.

“If left undiagnosed and untreated, STIs can lead to long-term health problems including infertility, cancer, blindness and increased risk for contracting HIV.

“SB 306 is the bold action California needs to turn the tide on rising rates. The bill seeks to close gaps in STI coverage and expand the tools and resources that advocates and health providers can use to expand access and improve health outcomes statewide.

“We applaud Dr. Pan for his leadership in introducing this comprehensive and robust approach to STI prevention, and thank the Assembly Health Committee members who voted in favor of this important measure.”

New data released by the Centers for Disease Control and Prevention (CDC) estimates that 1 in 5 people in the U.S. have an STI. Long before the COVID-19 public health emergency, STI rates reached historic highs and epidemic proportions in California and nationwide. The STI crisis has been exacerbated during the pandemic with reduced testing and shortages in testing supplies – disproportionately impacting Black, Indigenous and people of color, California youth, and gay, bisexual, and transgender people.

The CDC estimates that there are approximately 20 million new STI infections each year. California STI rates are among the highest in the nation. Syphilis rates are particularly alarming – between 2015 and 2019, syphilis rates in California rose by 74%, and between 2012 and 2019, congenital syphilis rates nearly quadrupled. If left undetected and untreated, STIs can lead to serious, long-term health problems including infertility, cancer, and blindness. In 2018, more than 329 babies were born with congenital syphilis in California and there were 20 stillbirths associated with the disease. More than 100 babies were born with congenital syphilis in Los Angeles County alone in 2020. The cost of STIs to the U.S. health care system is estimated to be as much as $16 billion annually. Approximately $1 billion is spent annually statewide on health costs associated with STIs.

SB 306 will expand STI coverage and care through the following provisions: 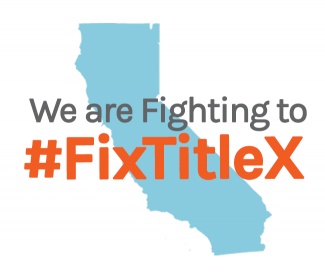